Some Of Master Moran’s Lineage 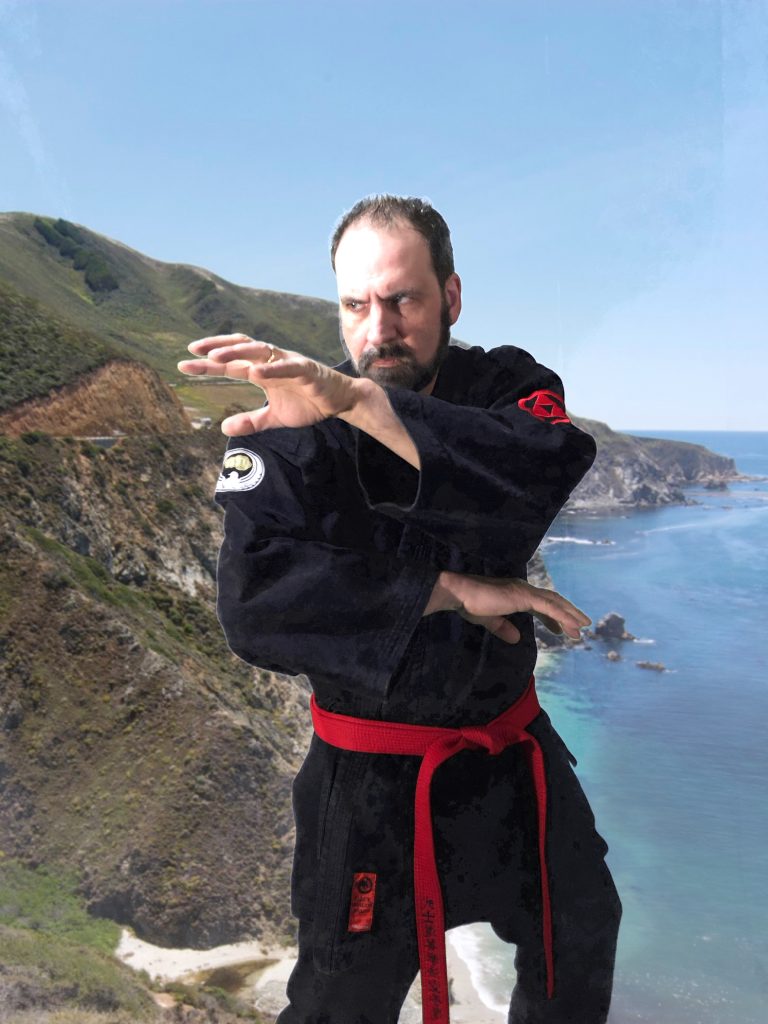 Grand Master Moran began his training in Judo in 1969 at the age of 7 years old in his hometown of Belmont Ma. He has 46 years of martial arts experience and has had to use his martial arts many times to save his life. He has trained in and has black belts in Shorin-Ryu Karate, Kenpo Karate, Kempo Karate, Shuri Ryu Karate, and has trained in Bjj, kung fu,Arnis, and more. Master Moran was good friends with Master Mung Chill Kim for more than 25 years. The Author of Acupuncture for self defense one of Americas first books on this subject. Master Moran And Master Kim had a unique friendship that involved years of training and trading of advance pressure point knowledge and techniques. Master Mung Chill Kim And Grand Master Lambert as well as Master Moran’s father whom is medical doctor,Shihan Dale Coker,  and others all had a big influence on his development of the American pressure point self defense System.  Master Moran is well known for his invention the sharp shooter self-defense keychain, the Moran Speed Tracker, and more being developed and patented now and in the near future.
Master Moran claims his best invention is the American pressure point self-defense system.  It is a style that can be used by people of any age or size. A system of self-defense that is not like the others and is easy for anyone to learn. His system has been proved in the ring in mma and outside in real street self-defense and in real combat situations. 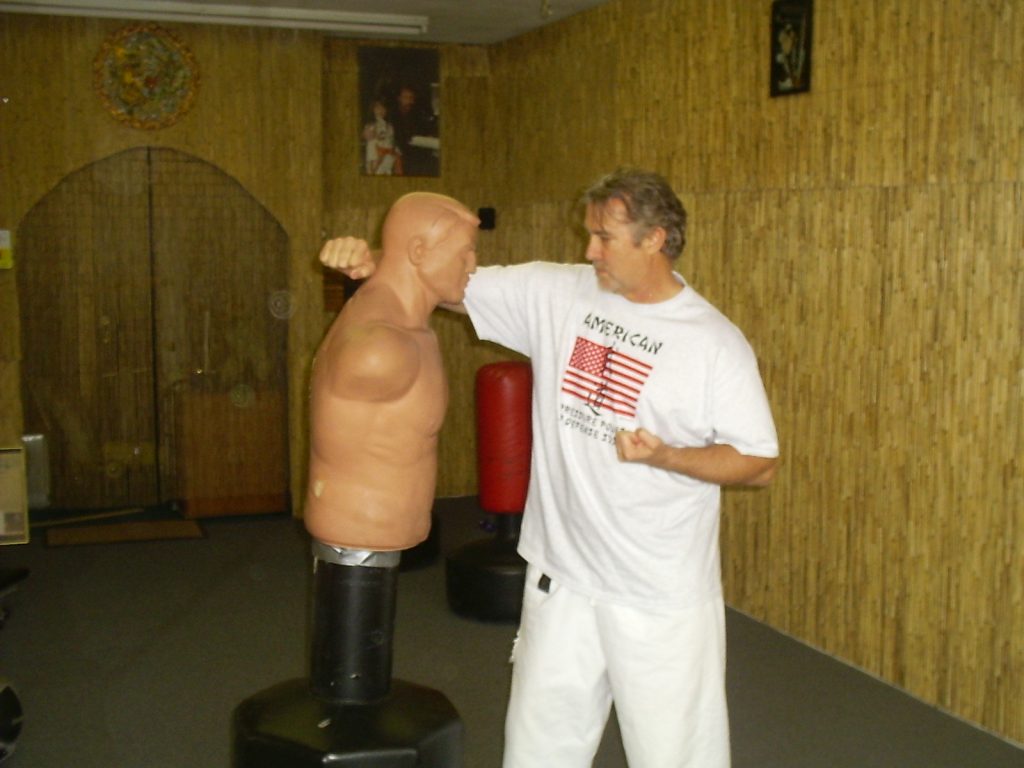 Some of our lineage here at the National Institute of Pressure Point Arts is traced From Grand Master Robert J.Moran back to Grand Master Leonard P.Lambert who Trained under quite a few systems of martial arts before he met and trained under Grand Master Dr. Raymond Gonthier. Dr. Gonthier began his martial arts training in Judo in 1959 at the WMCA in Manchester, New Hampshire. Then, between the years of 1970 and 1973, while stationed in Okinawa to serve in the Army, he studied Matsumura Orthodox Shorin-Ryu Karate-do under Grandmaster Fusei Kise (1935-), and Fusei Kise’s teacher, Grandmaster Hohan Soken. After receiving his 1st Dan (shodan), Raymond felt his sparring ability was not as good as he wanted it to be. Seeing his frustration he was pulled aside by his Okinawan instructors and given the meanings to real karate that had nothing to do with the sparring game that most of the  American students  thought was important in learning real Karate. He soon learned that the sparring part of his training was only a way to keep students busy until they learn the deeper meaning of Karate Kata and that sport sparring has nothing to do with the original Karate training or combat. Once he was free from worrying about proving his sparring ability he was able to dig into the true development of his Karate knowledge.  Dr. Gonthier left the military and Okinawa, returning home to New Hampshire. He opened his first dojo in 1973 in Claremont, NH with George Dillman. In 1977, after his falling out will George Dillman he began the Gonthier Karate Academy. Between the years of 1980 and 1989, he only taught private lessons. Dr. Gonthier was promoted to 7th Dan (shichidan) in 1989 by Grandmaster Porferio Lanada, the Grandmaster of the Arnis style Arnis Lanada. Dr. Gonthier continued to be promoted over the years by Prof. Moore of the World Martial Arts Hall of Fame. He was promoted to 10th Dan (judan) in 1996. Student of Grandmaster Fusei Kise.Grandmaster Fusei Kise who was studying karate in 1947, under his uncle Master Makabe. Then In 1958, Fusei Kise studied under Grandmaster Hohan Soken (1889-1982). Then in 1960, Fusei Kise studied under Grandmaster Nakamura Shigeru, The Master who founded the Okinawa Kenpo Karate Do Federation. Master Fusei Kisei received his 9th Dan qualification by Hohan Soken on September 1, 1976. In 1977, 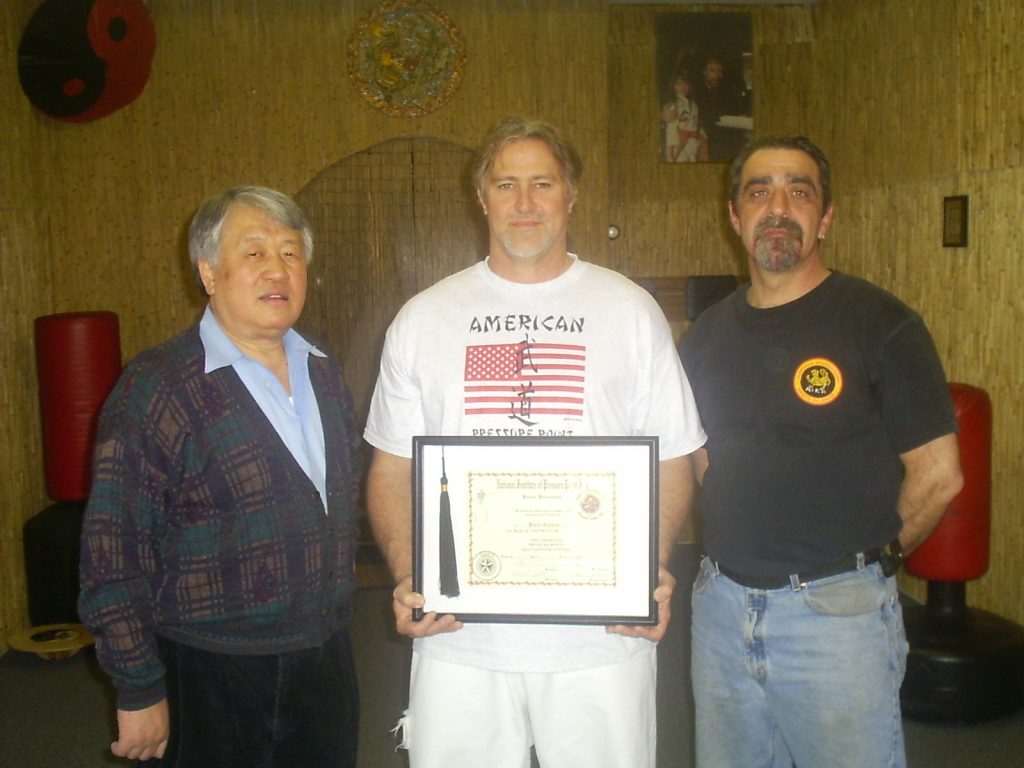 Grand Master Fusei Kise founded the Shorin-Ryu Karate Kenshin Kan Karate and Kobudo Federation, which he renamed to the Okinawa Shorin-Ryu Matsumura Seito Foundation in 2001. Fusei Kisei received his 10th Dan promotion from Master Shigaru Tamaiya on October 25, 1987.Fusei Kise’s instructor Grandmaster Hohan Soken hailed from a farming family. Hohan Soken’s mother introduced him to karate when he was only 13 years old, through her brother, Nabe Matsumura. Hohan Soken studied under his uncle, Nabe Matsumura (c. 1860-1930) making him 3rd generation from Sokon Matsumura,Who was the originator of all the Shorin styles of karate, including Shorin-Ryu. From his uncle, Hohan Soken learned kata and kobudo. He also learned kobudo from Ushi Komesu Tanmei. Hohan Soken worked doing farm labor from 1920 until 1952 in Argentina, leaving Okinawa because of work shortages. Then he returned to Okinawa in 1952 were he taught karate to members of the United States military, and named his style Matsumura Orthodox Shorin-Ryu Karate Do.

Grandmaster Hohan Soken’s instructor Nabe Matsumura Was from an upper-class Okinawan family, yet worked as a guard and pulled a rickshaw for money, which was typical of people in his social class during that time. Nabe Matsumura studied under his grandfather,Sokon “Bushi” Matsumura (c. 1809 – 1901). Sokon Matsumura is considered the father of Okinawan karate. Sokon Matsumura studied the first martial art on Okinawa called Ti or Te from the time he was a youngster. Ti dates back to the 1600s and emphasizes grappling techniques. It was practiced by the nobility for self-defense and personal development, and eventually became known as “te” in Japanese, meaning hands. Sokon Matsumura formally trained martial arts under Satunushi “Tode” Sakugawa, from whom he learned the kata Kusanku, and how to use the staff. During visits to China, Sokon Matsumura learned Chinese boxing and swordsmanship. His legacy includes the katas Chinto, Wansu, Passai, and Seisan,Naihanchi,And more. 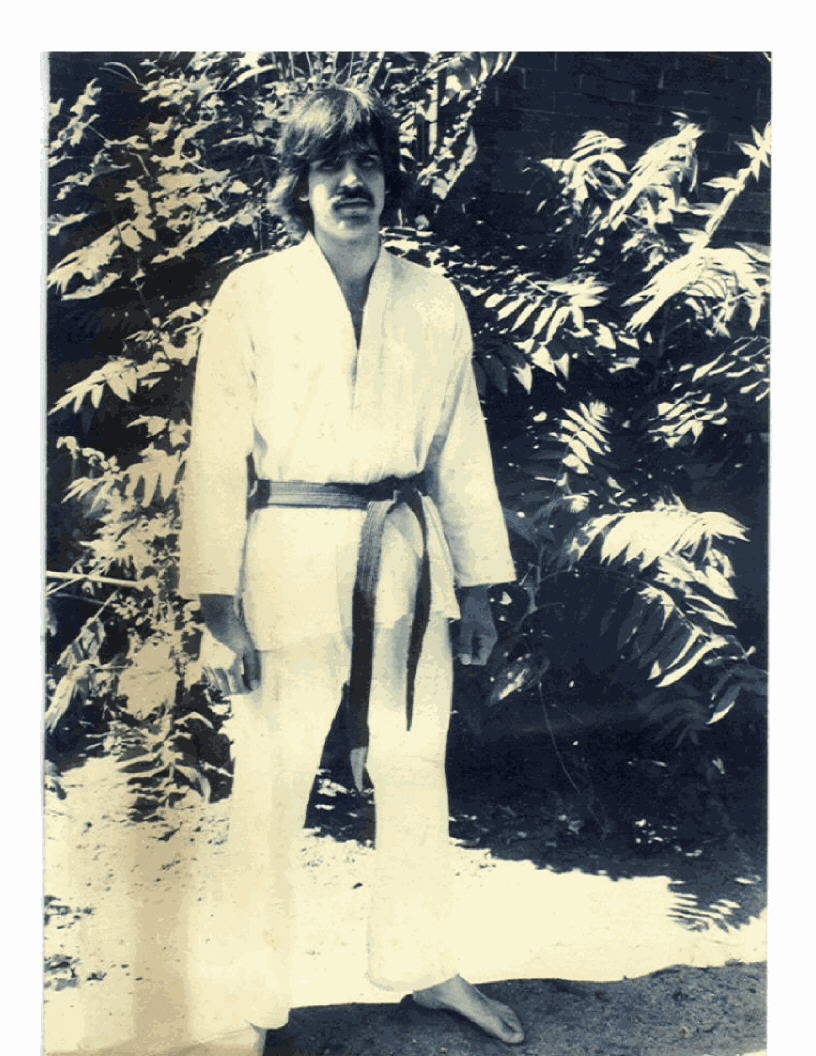 Satunushi “Tode” Sakugawa (1762-1843), Was a key influence in modern karate. He was one of the first to combine the techniques of te and tode together. Tode, which means Chinese hand, was first seen on Okinawa in the late 1700s or early 1800s. The karate that is studied today is based on Chinese boxing from Fuchou (the location of a Shaolin Temple) that was brought to Okinawa between 1850 and 1950, mostly during the late 1800s. Around 1950, tode became known as karate, meaning empty hands.

Sakugawa studied Chinese Kempo with Kusanku on Okinawa, and continued this training with visits to China where he also studied bojutsu. Sakugawa’s legacy includes the kata Kusanku, the bo kata Sakugawa No Kun, and the concept of dojo etiquette. Kusanku, who was from China, was reported as the first to demonstrate tode and grappling on Okinawa. He was another key influence in the development of Okinawan martial arts.
[youtube https://www.youtube.com/watch?v=TGEtVYKAN_U?version=3&rel=1&fs=1&showsearch=0&showinfo=1&iv_load_policy=1&wmode=transparent]

& EXCLUSIVE WEB SPECIAL
GET OUR EXCLUSIVE OFFER! Get started today. Secure your spot by filling out the form Here.